Bristol Hawks gymnasts Roxanne Price & Emily Edge both performed well at the Espoir British Championships held in December. Qualification for this competition is tough so the standard of the performance from all 50 gymnasts taking part was high. This is the premier competition for 12 & 13 year old gymnasts in Great Britain.
Roxy performed superbly to place 6th in the All Around standings [as this is her first year in this age group it was a particularly outstanding result]. 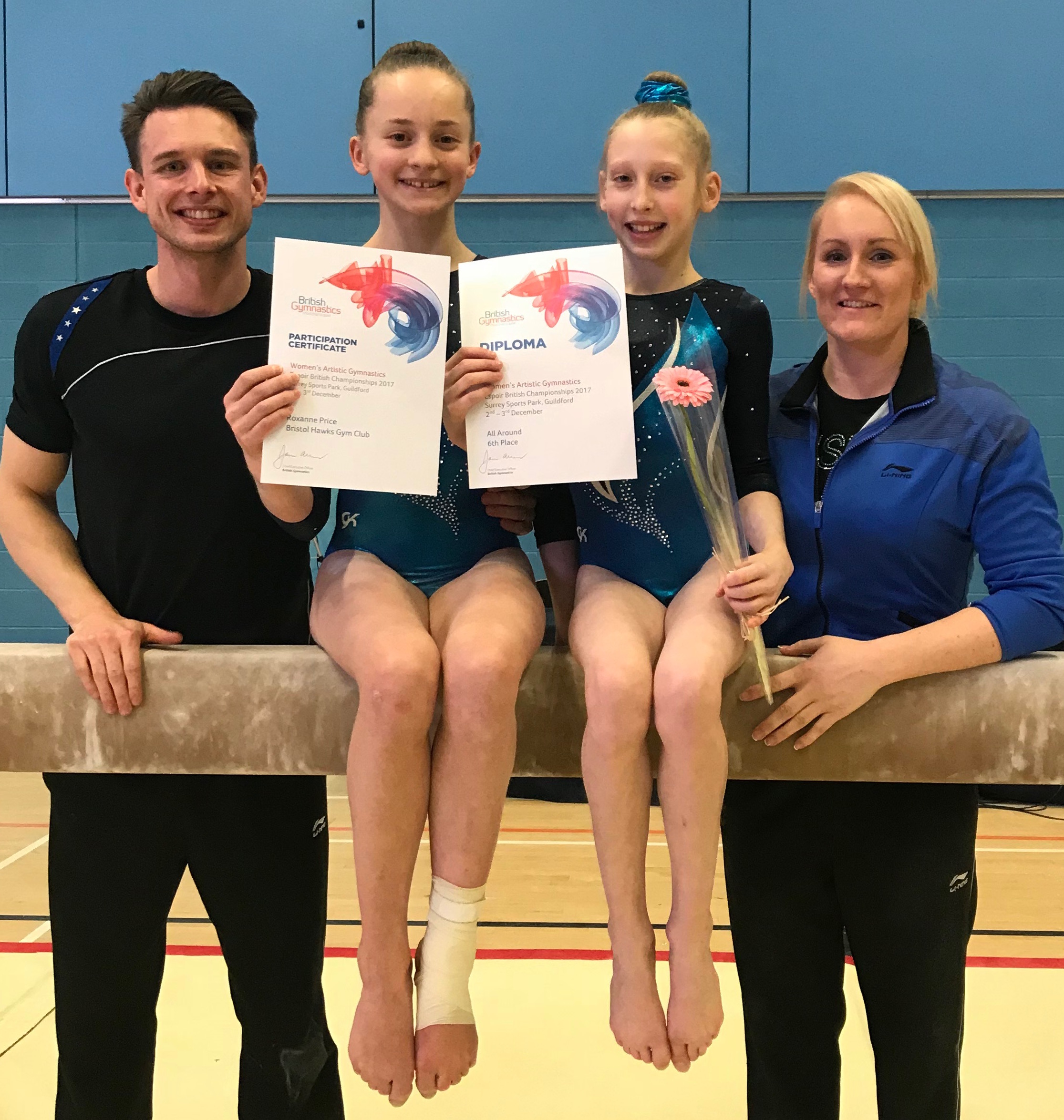 [Pictured above Emily & Roxanne with coaches Rory & Carolyn]
Highlights included her high flying straight Yurchenko vault, her confident beam & her well-executed floor routine that included a sky-high double somersault.
Emily also competed well particularly on floor & beam where she has made great strides forward in performance level this year. Unfortunately for her she had an uncharacteristic fall on her stand out apparatus, the bars, on which she would have hoped for a place in the finals. This also dropped her lower down the ranking than expected but she still placed a very creditable 30th All Around. Roxanne’s complicated and confident beam routine earned her a place in the apparatus finals held the day after [where the top 8 on each apparatus compete again for the title] and again she performed well to place 5th. 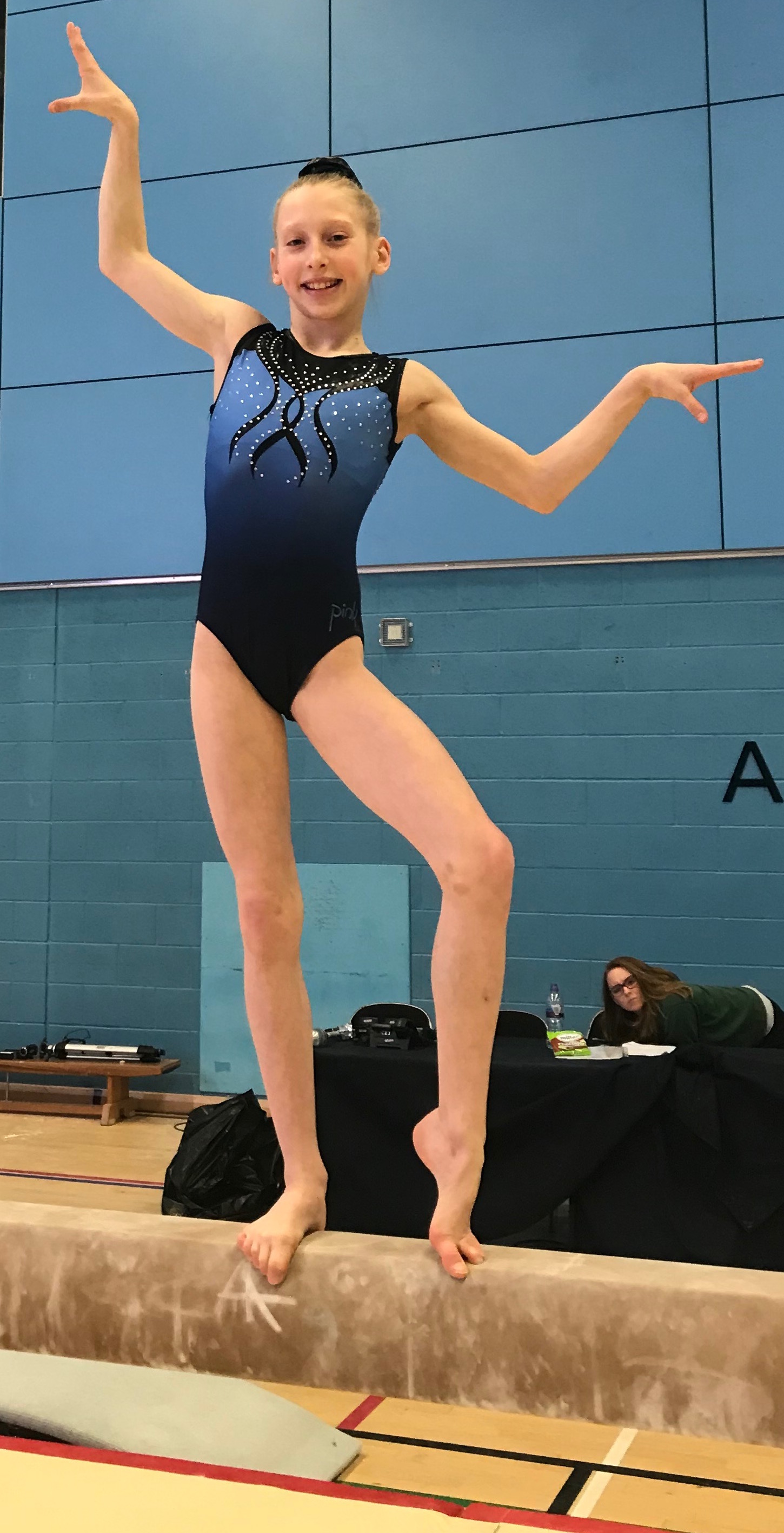