An April Shower of Medals for our Boy's Team

Bristol Hawks boy’s showed their strength at the South West Spring Festival.
Bristol Hawks Boys Team won an incredible 30 medals over the two days of the South West Regions Gymnastic Festival 2018.
Freddie Butchers was delighted to place 3rd All Around in the U’14 voluntary section picking up the Bronze medal in both this and the High Bar where he has worked hard to include a new dismount. Freddie also won a Silver medal on the Parallel bars. Alf McCullough & Jaydon Howard both competed well in the 0’12 Compulsory section placing 4th & 5th respectively with Alf winning Gold on Rings & Silver on Parallel Bars and Jaydon also putting in a fantastic performance as this was his first ever men’s artistic gymnastics competition.
Jay Franklin & Calum Honey were outstanding winning every available Gold between them in the U’12 Voluntary section. Jay placed first All Around & Calum 2nd All Around. Jay also won Gold on Parallel Bars & High Bar & Silver on Floor Pommels & Vault plus Bronze on Rings. Calum won Gold on Floor Pommels, Rings & Vault and gained a Silver on High Bar & a Bronze on Parallel Bars.
Noah Ford competed in the U’12 Compulsory section where he put in a fabulous performance winning Gold All Around & also on Floor & Rings plus Silver on Pommels.
In the U’10 Compulsory section there were 50 competitors and Bristol Hawks Kamani Alcott topped the field showing his strength to win Gold both in the All Around & the Rings he also picked up a Bronze on Vault.
In the same age group & competing for the first time in a six piece competition Daniel Drayton, Josh Palmer & Jago Wilson all competed well to place 37th 38th & 39th respectively. Also competing for the first time in a six piece competition Oscar Bruce-Roberts was our sole representative in the U’8 Compulsory section & competed well to place 11th All Around.
In the U’7 Compulsory section we had 3 boys competing in their first six piece competition. All put in good performances with Archie Watson 6th Zac Barnett 7th & Samuel Watson 8th in the All Around. Zac showed his competitive spirit to land his handspring on Floor to win a Bronze Medal on this apparatus.
Our U’8 Bristol Team of Sam Archie Zac & Oscar won the Silver medals. Noah also won a team Silver medal in the U’12 section. Our U’14 Bristol Team won Gold. 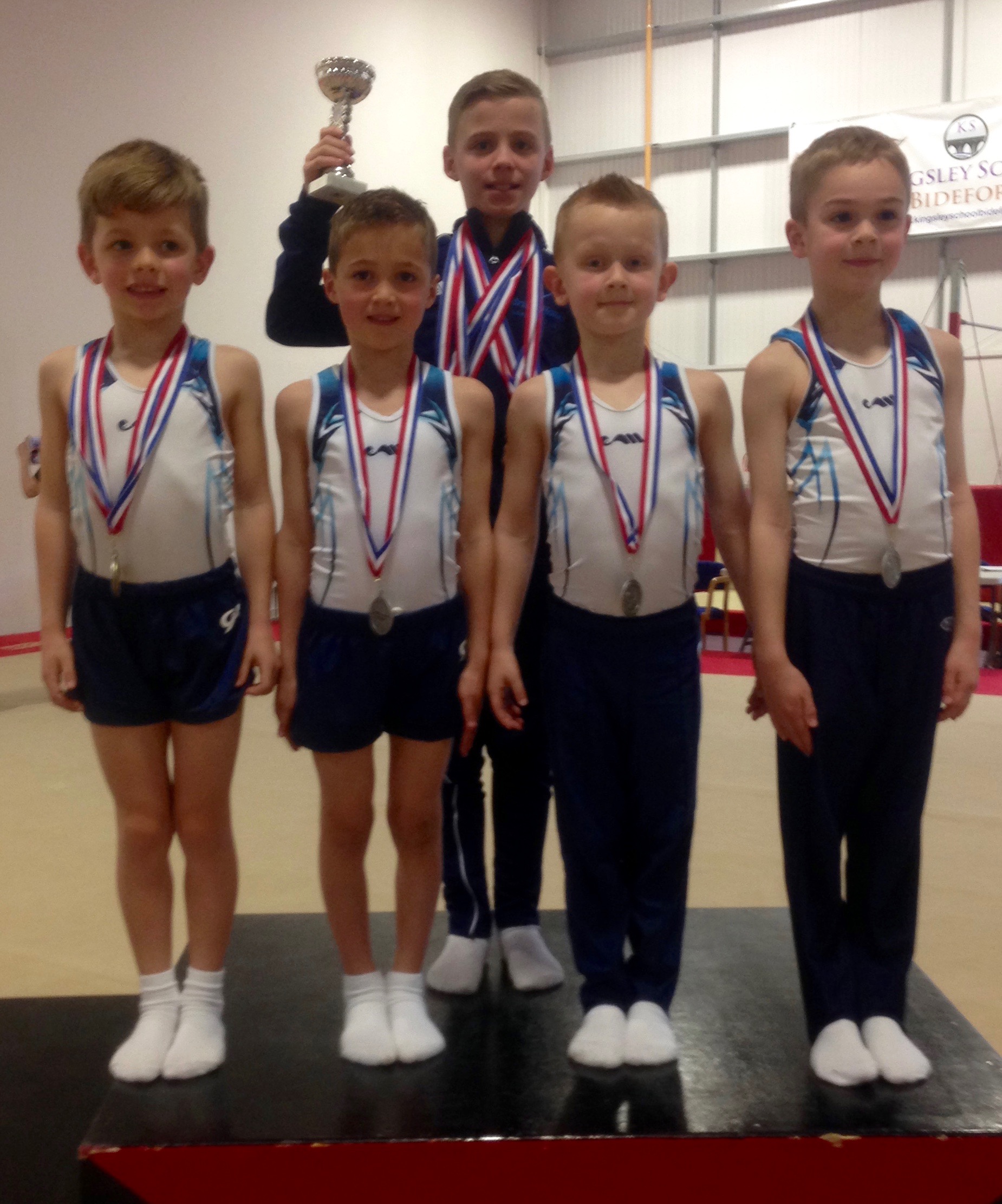 A great weekend for all our team, special mention to Ali who judged all weekend for his first time. 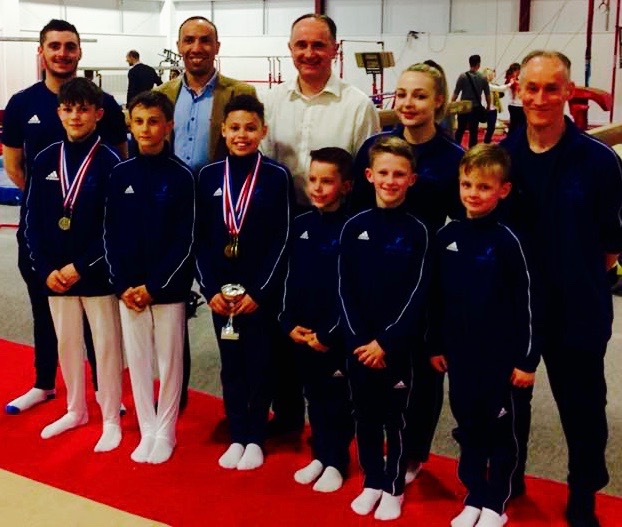