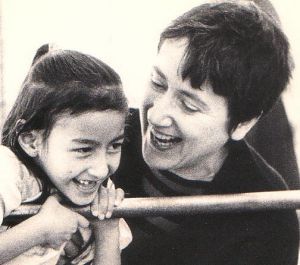 ELAINE is a director & one of the founders of Hawks Gymnastics Club, she has been coaching champion gymnasts for over 40 years. Elaine holds a Level 5 ‘High Performance Coaching Award’. She has coached numerous G.B. International gymnasts and was the G.B. coach to the Junior European Championships in Turkey. For many years she was both South West Regional Coach and National Zone 3 coach [S.W. & Wales]. Elaine has been instrumental in developing both the coaching & judging careers of numerous people over the years through her work in mentoring, tutoring, setting up & delivering technical workshops and by championing innovating schemes that have helped to raise the level of gymnastics performance in Great Britain.
As part of Bristol Hawks business management team Elaine has played a crucial role in developing the club from the beginning & continues to play many roles within the club helping to secure it’s ongoing success in the future.
Elaine recently retired as an ‘International Brevet Judge’ for Womens artistic Gymnastics. She judged for Great Britain at International events both at home and abroad. Her most recent major assignment was at the 2009 World Gymnastics Championships in London. Over the years Elaine judged at numerous prestigous events including Commonwealth Games, World Grand Prix, European Youth Olympic Festival and the World University Games. For her work judging for GB Elaine received the British Gymnastics ‘Distinguished Judge’ award.
In 2014 “The May Family” were awarded an Honorary Rushmoor Rose Bowl for services to gymnastics. Bristol Hawks Directors Elaine & Mike May received the award after a lifetime of dedicated work developing British Gymnastics by taking on a large number of voluntary roles over the years; coaching, judging and officiating at international, national, regional and county level events; inspiring many young people to enjoy the sport of gymnastics; sponsoring individual gymnasts; developing groundbreaking facilities for gymnastics both in Devon [the original ‘Hawks’ gym] & Bristol and supporting their own three children to become international gymnasts for Great Britain. In 2018 Elaine & Mike became inaugural inductee’s of Bristol’s Sporting ‘Hall of Fame’ for their ‘Exceptional Contribution’ to sport in the city.